In this review, we will be going over the key differences between the Jetboil Flash versus the Jetboil Zip. Both have very much the same function and can do all of the same things. The main difference between the two is that the Zip is more lightweight and compact. Let’s go over the main features of both of these cooking stoves and see how they compare. 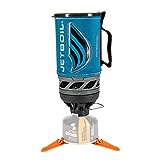 Items included with both:

Both the Zip and the Flash use the same size of fuel canister. The fuel canister is 100g of fuel and is the exact same one. As a tip, before you purchase one of these cooking stoves, Jetboil suggests that you purchase a Jetboil fuel canister since a generic one will not be as compatible. 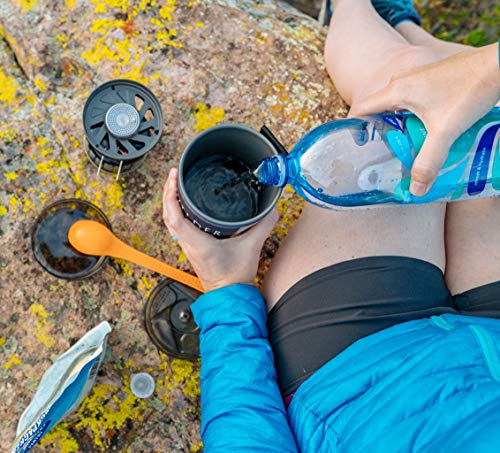 The most important difference between the two cooking stoves is the size of the cooking cup. While the Flash cooking cup holds 1 liter of food or liquids, the Zip holds 0.8 liters. One of the reasons why some customers prefer the Zip over the Flash is the fact that the cooking cup is shorter. This makes it easier to pack if space is very limited in a backpack.

The weight on both of these cooking stoves also has a marked difference. While the Flash weighs 13.9 ounces, the Zip weighs only 12 ounces. This is a difference of around 2 ounces, which is about 0.2 pounds.

The boiling speeds for the Zip and the Flash is pretty much the same. With 0.5 liters of water, you can achieve a boiling point in 2.5 minutes. Granted, the Flash holds more water and thus can boil more at a time. This means that if you have a larger party, you will be able to get more boiled water output with the Flash.

Both cooking stoves have the same diameter, just not the same height. Moreover, the burner control is the same and there is no dimmer switch like with the Jetboil MiniMo. This means that the meal versatility of both of these stoves is the same. 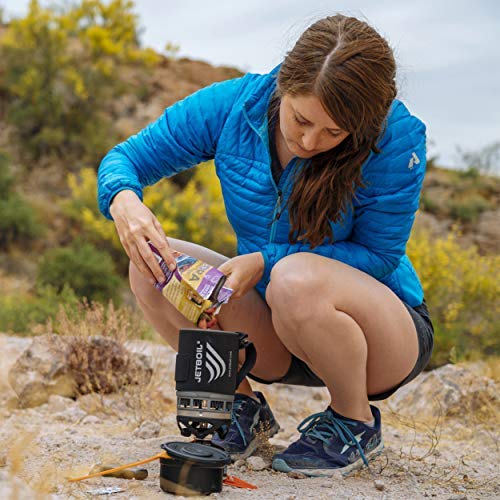 With both of these cooking stoves, you can effectively cook the following:

The above are the most commonly cooked foods and drinks with the Zip and the Flash. But you could also be creative. In fact, with both of these cooking stoves, you can purchase a pot adapter and use a standard pot or pan above the burner. This will allow you to cook more versatile meals.

With both these cooking stoves, you can pack the stand inside of the cooking cup. Where they differ is mainly that the Zip is shorter and can fit into tighter spots. 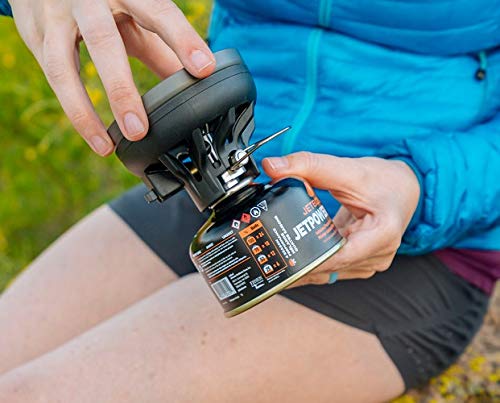 Jetboil cooking stoves have built-in wind-resistant flaps that surround the output of the flame. However, when the Zip was tested against the Flash, it was found to have a diminished wind resistance capacity in comparison.

The price of used cooking stoves varies by about $20. If you want up-to-date prices, please see below:

Jetboil Flash vs Zip: The Verdict

As mentioned above, the biggest difference between these two cooking stoves is the size. If you are an avid backpacker that considers every ounce of weight to be important, the Zip does weigh 1% less than the Flash. But in our opinion, an even more important metric is the actual height of the Zip being shorter and the fact that you can fit it into tighter spaces.

We like the fact that the Zip is $20 less than the Flash, but if you are going to be cooking for a party of two or more, the Flash may be a better choice. Or, if you are looking for a cooking stove that has a cup as short as the Zip but with more volume, the Jetboil MiniMo can carry one liter (as with the Flash).

Your choice between cooking stoves mainly depends on the amount of food or drink output you need, the price (if this is a consideration), and the parking space available.