The CamelBak Mule line is made for mountain bikes. They are hydration packs that allow you to carry 3 liters of water in a reservoir as you are cycling. It’s meant to be very ergonomic, and it has two different prototypes; the regular Mule, and the Mule NV.

Many cyclers are trying to decide between these two variations of the Mule. It can be difficult to really understand the difference between the two just by reading product descriptions.

This is why we have decided to create this comparison of the CamelBak Mule vs the Mule NV. Below are some of the major features that we want to talk about when we make the difference between these two backpacks. We hope that this will allow you to make a purchasing decision.

Main Difference Between the CamelBak Mule NV vs Mule

You may already be aware that the Mule NV has a very different backpanel than the regular Mule. First of all, it has a ‘dynamic suspension system’, which means that it can be adjusted to any shoulder size. Whether you have wide or narrow shoulders, you can make the NV fit comfortably. 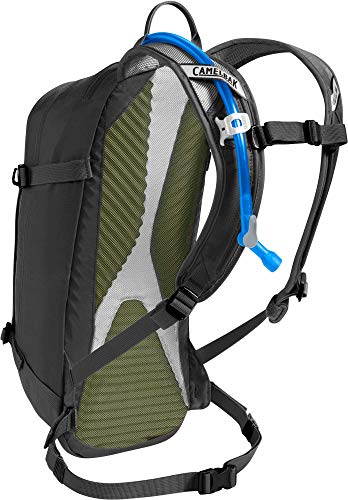 In fact, many customers have noted that the Mule NV is considerably more comfortable than the original Mule. A part of the reason for this is the fact that the backpanel padding is a lot thicker. The padding on the backpanel also has a ventilation mesh that is designed in such a way to wick sweat off of your back.

Compared to the Mule, the Mule NV tends to keep you cooler on warmer days. Many customers have also said that the airflow in the backpanel of the Mule NV is noticeably different than the original Mule. With the Mule NV being more ergonomic, it also has a snugger fit.

By now, you have probably realized that the Mule NV is simply a higher-end version of the Mule. The Mule NV has felt pockets for your electronics, such as your iPod or your phone.

The Mule NV also has an integrated rain cover, while the regular Mule does not. When you were going mountain biking, you often cannot predict the weather. If it is going to start drizzling or raining, simply unzip the integrated rain cover from the bottom pocket and completely cover the backpack. When you are done, simply put it away back into the zippered pocket.

You may not have realized this, but the Mule NV also has hip belt pockets. This means that you can store your energy bars or other frequently used items and retrieve them without needing to take off the backpack.

Some Things to Consider

While it is great that the Mule NV is fully-featured, it does have its drawbacks for some customers.

For example, if you have a very short back, the Mule NV may not be as comfortable has the original Mule. This is due to the fact that it has a very thick backpanel that can rub up against your helmet if you’re going to be doing some heavy mountain biking. But if you are just going on a regular commute, wearing the Mule NV with a short back is not a big problem.

Also, if you are pretty concerned about the amount of weight that you’re carrying while cycling, keep in mind that the Mule NV is twice the weight as the original Mule. While the Mule NV weighs 2.4 pounds, the original Mule only weighs 1 pound. For most people, this is not really a significant difference. The weight of these backpacks while they are empty are negligible compared to the 3 liters of water that you’ll be filling your reservoir with.

The reason why the Mule NV is that much heavier than the regular Mule is the fact that it has such a thick backpanel. You’re basically trading a lighter backpack for having one that is very ergonomic and extremely comfortable. In our opinion, this is actually worth it.

As you might have guessed, the Mule NV is more expensive than the original Mule. To compare the prices of these two Mule backpacks, please follow the links below:

The CamelBak Mule and the Mule NV are both reasonably priced hydration backpacks. They are high-end quality backpacks that both carry 3 liters of water in their reservoir.

But the CamelBak Mule NV being the most highly-featured, it is also the most expensive. We feel that the extra expense is worth it due to the ergonomic backpanel. Not only does it feel a lot more comfortable on the back, it keeps the moisture away on warmer days. 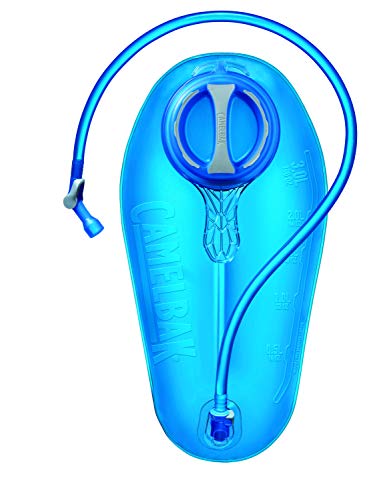 It has also been said that the strap system on the Mule NV is higher quality. This speaks to what you’re getting for the slightly higher price.

But if you are someone who is very stringent with the amount of weight that you carry while cycling, you may choose the regular Mule for the fact that it is half the weight of the NV.

Overall, CamelBak customers tend to say that they prefer their Mule NV over the regular Mule. Many who already have the Mule have upgraded to the Mule NV and are glad that they did.

But the decision is yours, and we would like to know what you think about these two hydration packs. Please leave your comment below so to help other potential customers make their decision.