In this Jetboil Sol vs Flash review, we’ll give you a detailed comparison review of the Jetboil Sol versus the Jetboil Flash. This is for those who know a little bit about these cooking stoves but still need more information on the differences between the two. The basic design of the two is almost the same, but the Sol is considered to be the most lightweight version. 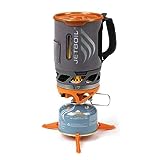 You may like to read: Jetboil Zip Review: Compact and Inexpensive

With this difference in weight, it is easy to see why the Sol would be a good choice for the avid backpacker who wants to travel ultralight.

Strap Instead of Handle

The Jetboil Sol cooking cup has a strap instead of a handle. The Jetboil Flash has an aluminum handle, which adds to the weight of the whole contraption. That being said, the strap on the Sol is not really a hit with most customers.

It is sort of annoying to put your hand inside of the strap, and many customers simply don’t use this feature. But it was designed this way in order to make it more lightweight. 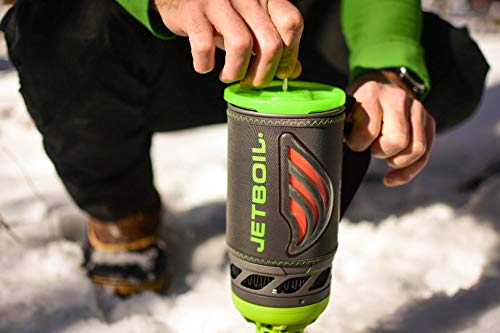 While the Jetboil Sol holds 0.8 liters of food or liquids, the Flash holds one liter. It is easy to see why the Flash would be a winner in this case if traveling with another person.

By using the Jetboil Flash, you can potentially make 2 cups of coffee in one go instead of just two back to back. The boiling time is the same for both considering the same amount of liquid being boiled at a time; about 2 minutes. 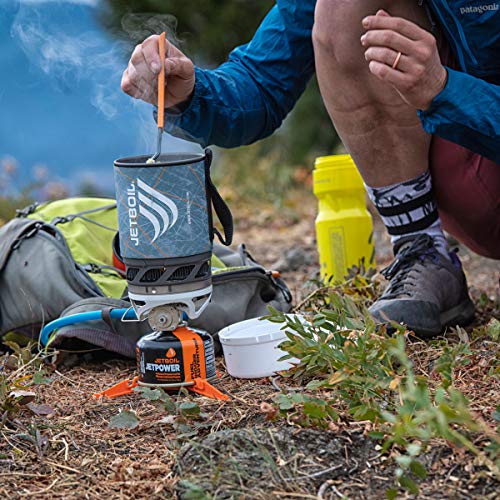 Both cooking cups are the same in diameter, and neither has a simmer control. This means that they are limited to certain kinds of meal preparation. For example, you could cook scrambled eggs, oatmeal, tea, and coffee. But she could not cook more complicated because the cups are so narrow.

They have no simmer control, so setting it on either high or low will do the trick in limited cases. With simmer control, you could adjust for lower temperatures, such as with the Jetboil MiniMo. This allows more versatility in the types of meals you can cook.

Among the limited perks of the Jetboil Sol, it has been said that it does have a better igniter. It may be more efficient to use in colder temperatures or more windy situations. But this difference is only marginal. The Flash is more than sufficient to be used in most environments. However, we would not recommend either the Sol or the Flash for high altitudes. The burner mechanism is not designed to hold a flame in these pressure systems.

The Jetboil Sol has a limited amount of perks above the Flash. It is a bit more compact, being 8 inches shorter than the Flash. Some would say that this makes it easier to fit into tight spaces.

But if you are truly looking for a personal cooking stove that allows you to do this, perhaps the MiniMo would be a good option for you. Not only can you put it into tight spaces due to its short stature, but it also holds one liter of liquids/food, and it has a simmer control.

We feel that if you are going to be purchasing the Sol for the fact that it is more lightweight, your money is better spent on the MiniMo. If you are curious to see the prices of the Sol and the Flash, please see below: