Do you love the taste of smoked meat? Large smokers can cook your meat for hours and make them very tender and smokey. But not all outdoor cookers are created equal. Some have features that make or break a decision to purchase one.

What Makes These Cookers Comparable

We feel that we can easily compare these cookers for several reasons. They both include some of the same features, and are likely based on the same type of model. With these cookers, you can do the following:

The Pit Barrel Cooker does not have a pizza pan or a cedar plank as the Barrel House Cooker does. But it does have everything else. 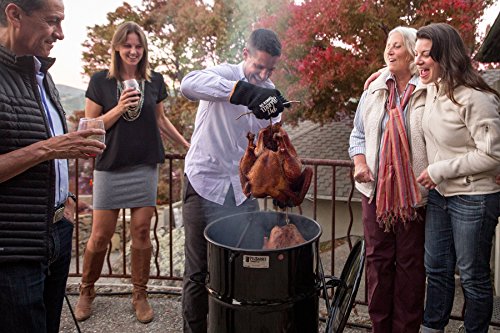 In a nutshell, the Pit Barrel Cooker gives you more space to cook more meat. It holds temperatures for more than 14 hours, and can hold temperatures very well in the winter. This is tried and true by customers of this product.

For $100 more than the Pit Barrel Cooker, you can get the higher end Barrel House Cooker. This cooker includes the following:

The Great Features of the Pit Barrel Cooker

Since we have decided that the Pit Barrel Cooker is the best one, we will outline some of its features.

Where to Get the Pit Barrel Cooker

The most popular place to get the Pit Barrel Cooker is on Amazon. This is where you will get the cheapest price due to Amazon’s competitive pricing. You can also see all of the reviews on Amazon by ‘verified purchase’ customers.