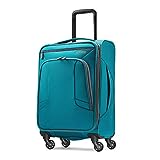 American Tourister is one of the top brands on Amazon when it comes suitcases. Skybags on the other hand, is a lesser-known brand that has very similar qualities. It is an Indian company that uses American culture as part of the design of their bags. You may already be familiar with some of these brands’ backpack designs. In fact, Skybags also makes rolling suitcases, just as American Tourister does.

There are a lot of differences and similarities between these two brands’ bags and suitcases. That’s why we have created this American Tourister vs Skybags article to help you choose the best one for you.

Secondly, American Tourister also has quirky looking backpacks and suitcases. These are ones that have images on the body of the backpack relating to American popular culture. For instance, many of the American Tourister bags have Disney and Star Wars images. They also have Marvel images, such as The Avengers. 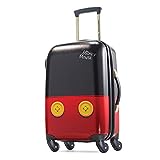 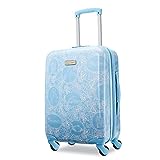 When it comes to this brand, the quirky images are usually put on their suitcases or their child backpacks. And these images usually cover the entirety of the bag, thus making a pretty big statement. This engaging designs is the reason why these bags are very popular. Even more popular than the Skybags. See American Tourister Backpacks And Suitcases on Amazon

Exploring The Skybags Backpacks And Suitcases

If you have seen Skybags backpacks, you lightly come to realize that they come in many nifty designs. As a matter of fact, it seems like Skybags is trying to enhance the appeal of their backpacks with their new designs. They also follow the the American Tourister trend by making their bags ultra-professional and the quirky.

Skybags has many professional-looking rolling suitcases that look pretty similar to the American Tourister bags.

They also have a wide variety of quirky backpacks involving American pop culture references. There pop-culture verses are mostly involving Marvel comics, such as with Capt. America, Hulk, Thor. etc… However, instead of being child backpacks, they are designed as fully adult backpacks. They have the same organizational compartments that an adult backpack would have. In the same category as these nerdy backpacks are backpacks that are branded with the Skybags logo and style.

Each of these backpacks are made to look unique from each other and eye-catching. Furthermore, there are a lot of things that stand out upon looking at these backpacks. For example, the pop-culture references seem to be incorporated in a different way compared to the American Tourister. Instead of having an image that envelops the entire bag, it has bits and pieces of them scattered on the backpack as if it were a collage.

Another example, one of the Skybags models has four different Marvel characters added to four different sections of the backpack. It’s not only eye-catching but also intriguing and urges you to buy one for yourself. This is the reason why it is so popular to nerdy people who loves puzzles and comics.

Differences In A Nutshell

In a nutshell, the differences between the American Tourister and the Skybags are pretty simple. Skybags is an Indian company that specializes in professional looking and attractive suitcases. In addition, they also hold a host of nerdy looking backpacks.

Also, the Skybags nerdy backpacks are made for adults, while the American Tourister nerdy backpacks are made for kids. This is mainly due to the sizing of the backpacks, as well as the number of organizational pockets. If you’re interested only in professional looking luggage, go with American Tourister. That’s because they are a staple company when it comes to wheeled suitcases.

Skybags has not been tested by enough people in America to really generate enough reviews.On the other hand, there are many very positive reviews for the American Tourister suitcases and backpacks.

Between these two brands, we have a preference for the American Tourister. Mainly because they have been tested by many people in North America for many years. Skybags does not seem to have the same popularity in North America. That’s why it is more difficult to find customer reviews.

As for the nerdy backpacks, we have mentioned that American Tourister might be the most appealing in terms of its design. So our vote is for the American Tourister Brand. We would, however, go with the Skybags brand if we were looking for highly stylish backpacks and rolling suitcases that has cool angles and patterns.