Carhartt and Duluth are two competing companies in the workwear market. They have garnered the following in the construction, HVAC, and other industries alike. Since they are both after the same customers, it is no wonder that so many people are confused as to which of the two companies to go by when it comes to purchasing workwear. We have created this Carhartt vs Duluth Pants comparison in order to show you how these brands stack up against each other. In particular, you’re going to be comparing their most popular workpant models.

But before we get into comparing these brands, we would first like to give you a bit of a history on each of them so that you understand where they are coming from.

The History Of Carhartt 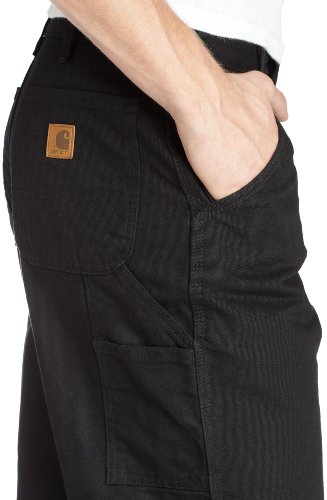 Carhartt was founded in 1889 by a man named Hamilton Carhartt. In its heydays, Carhartt produced work overalls in his loft. It started off slow, and Carhartt needed some more analysis. So Hamilton began to do some market research, and decided that bib overalls are going to catapult him and his business into glory. Bib overalls turned out to be a great seller back then.

The came WWI and WWII. With the advance of these wars, Carhartt produced uniforms for the U.S. military. During the stock market collapse in 1929, the Carhartt company almost came to a close. But Hamilton was able to pick it back up again and make it a success due to his passion and tenacity.

After the second World War, Carhartt was becoming a highly popular brand. In 1996, Hamilton’s great grandson became the president of the company and established its operations in Europe and online.

Carhartt has been producing millions of garments for the past 15 years in its headquarters in Europe and in Mexico.

The History Of Duluth

In 1989, two brothers who lived in Duluth worked in construction. Every day, they would see some of their coworkers dragging a bunch of tools inside of large drywall buckets. In response to this, they created the ‘Bucket Boss’, which was designed to help construction workers carry around their tools.

In 1991, the Duluth Brothers establish the first headquarters for refurbished Drudge barge. A couple of years later, they started their own catalogue which they mailed to customers. In 1996, the first Duluth trading company website goes live.

As the company grew, they quickly opened up a new call centre and began to produce more workwear items.

In 2003, Duluth introduced the popular ‘Fire Hose’ workwear that had a reputation for being tough, yet soft. We will be introducing the Fire Hose work pants in this comparison between Duluth and Carhartt.

While both of these companies produce many different types of work garments, we are going to focus mainly on their most popular sellers; pants. Pants produced by both these were gear companies are more rugged than your average jeans. This is because people who work in rugged conditions need tougher materials and designs.

Here, you’re going to compare the Carhartt duck pants to the Duluth ‘fire hose’ pants based on the features below. 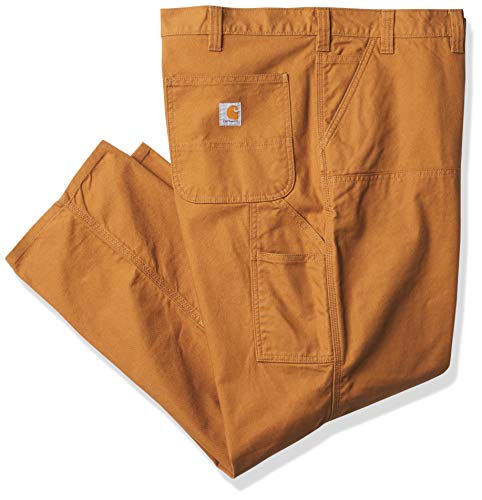 As previously mentioned, Carhartt’s most popular pants that we are going to compare here are made of duck fabric. This is a 100% cotton ring-spun washed duck fabric that is stronger in weave than regular jeans. They do have a bit of toughness to them in quality and in feel.

In comparison, the Duluth fire hose pants are also highly durable, yet on the softer side. Despite the fact that they are called ‘fire hose’ pants, they do not nearly resemble or feel like pants made of fire hose. Firehose material is extremely rough to the touch, while the Duluth firehose pants are soft.

The Carhartt duck fabric pants have a tighter weave, and are thus tougher and thicker. They do seem to be more durable than the Duluth firehose pants. If you are someone who likes to have a very soft feeling pant, perhaps going with the Duluth pants and be for you. Keep in mind though that the Carhartt pants will become softer after several washes. 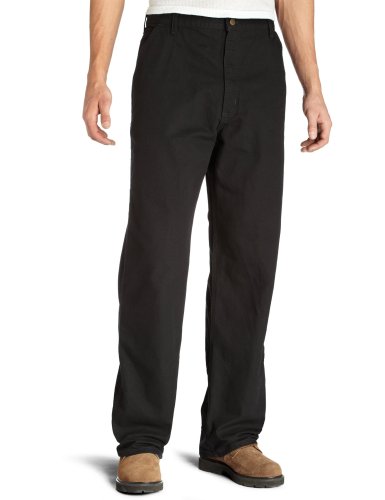 There is no question that the Duluth pants are more attractive than many work pants out there. They sit lower on the waist, is giving it a more modern look. However, the Carhartt duck pants sit higher above the waist. This also means that they will have less of a tendency to slide down when you’re bent over. This is actually a good feature that is touted among customers of the Carhartt pants.

Another benefit of the Carhartt that pants is the fact that dirt and aluminum shavings will easily brush off without leaving a mark. In contrast, the Duluth pants will accumulate dust and will not be able to be brushed off as easily.

Another great design feature of the Carhartt pants is the fact that it has a double panel in the front. This offers extra protection against accidents, such as a chainsaw living down the wrong way. One customer posted about the fact that his chainsaw had slipped and cut through the double panel of the pants, but not through his skin! But the double panel will also serve to protect the sliding around on the ground and other situations in general the rugged in the workplace.

The Duluth firehose pants have thinner fabric than the Carhartt that pants, despite the fact that the Duluth pants are advertised as being extremely durable.

Where To Get Work Pants

The Carhartt that pants is our favourite among the two. It has a very durable material, as well as a double panel in the front of the leg. Work pants are supposed to be highly durable, as that is their main strength. And Carhartt pants wins out over the Duluth in this area.

To get current prices, see the Carhartt pants on Amazon.

1 thought on “Carhartt vs Duluth: Most Popular Workwear”