This Rtic 20 vs Yeti 20 comparison is frequently asked for by potential customers of these products. This is due to their extreme likeness in design and function. In fact, a lawsuit had been filed against Rtic because they are the most exact replica of the Yeti. According to sources, Rtic had been forced to discontinue some of their models.

That being said, there are still some Rtic 20 models available on Amazon. This is why we will move forward with this comparison; in order to let you in on the real differences between them. Although there are not that many, they are enough to warrant a review and be taken into consideration when purchasing one of these products.

Related: Yeti Rambler vs Rtic: What So Many People Wonder 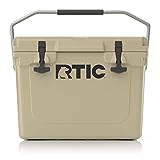 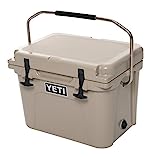 What They Have In Common

We have mentioned that the designs of the Rtic 20 and the Yeti 20 are practically identical. You might wonder why would include a section on what they have in common. The list below is meant to illustrate some of the features that these coolers have that you may not know about. All of these features are included in the Rtic 20 and in the Yeti 20.

A cooler would not be complete without a drain spout to expel all of the melted ice that builds up after a couple of days. You must keep the water away from things like sandwiches. 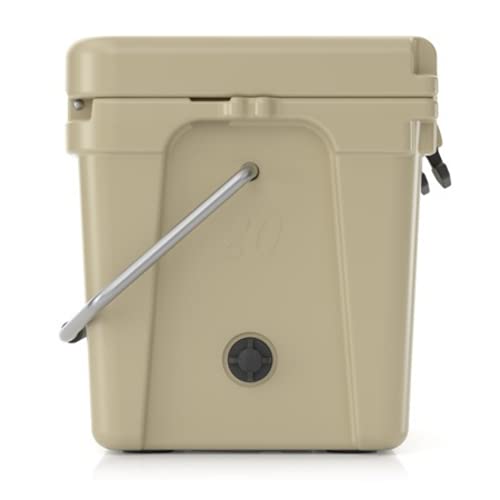 Draining the water from the cooler will help to maintain the refrigeration on the inside to where it should be. These coolers have drain spouts on the sides where you can simply tip over the cooler and let the water drain out of the hole.

In case you would like to lock or tie down the lid to cure it to the body of the cooler, the Rtic 20 and the Yeti 20 both have slots that permit you to do this. The slots are molded into the base material of these coolers at the corners. This ensures that you get a durable tiedown spot that will not break off.

In order to allow two people at a time to carry these coolers, rope handles are included. The theory behind rope handles is that when one person moves one way, the other is free to move the other way. Some people like this and some people prefer basic candles built into the chassis. Either way, the Rtic 20 and the Yeti 20 both have identical rope handles.

The T latches on these coolers allow you to snap the lid shut so that you know nothing will leak out. 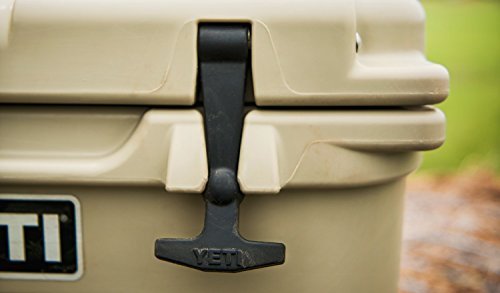 Just as with a freezer, rubber seals are included on the inside of the top lid in order to keep in the melted ice, as well as trap the cold air in.

Comparison Of The Rtic 20 vs The Yeti 20

Comparing these identical models can be rather difficult considering that the Rtic 20 is built so similarly to the Yeti 20. However, there are a few key differences that might sway you to purchase one over the other. Here they are, in no random order:

Judging by the model names of the Rtic 20 and the Yeti 20, one might think that they both have the same volume capacity. Actually, there is a slight difference between them. 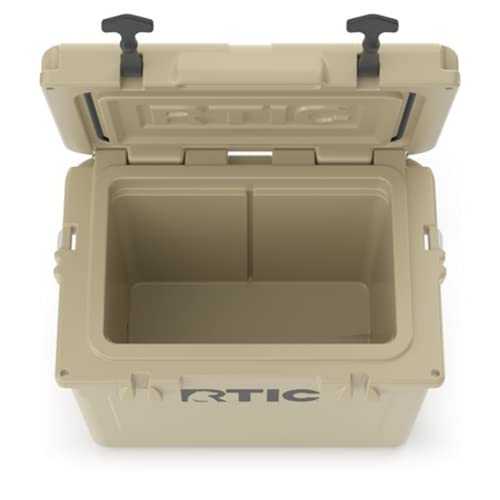 When it comes to the numbers included in the model names of the Rtic, these numbers represent the number of quarts that it can hold. However, the Yeti 20 does not hold 20 quarts. In general, the Yeti holds fewer quarts than the name suggests. So in this case, the Rtic 20 has the highest volume capacity by a noticeable margin.

A number of customers have tested the Rtic 20 and the Yeti 20 side by side in order to determine which of these coolers holds ice the longest.

Generally speaking, they are both meant to hold ice for about 4 days in the summer heat. However, the tests determined that the Rtic 20 holds ice a little bit longer, perhaps up to an extra day!

Based on customer reviews, the Yeti 20 seems to use materials that are higher quality Rtic 20. 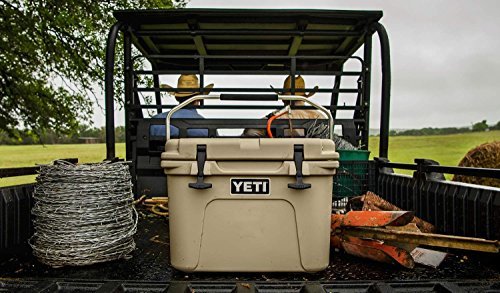 This is especially apparent when it comes to the gasket ceiling, which is not as adequate in the Rtic 20. There is also the fact that the Yeti 20 has nice rubber handles, while the Rtic 20 only has foam handles.

The Yeti 20 has a five-year warranty, whereas it is difficult to find any information on whether the Rtic 20 is under warranty, especially since they have been discontinued according to sources.

Overall, both of these coolers are excellent and provide great value for the price.